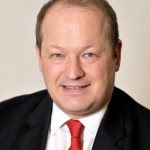 Simon Danczuk is Rochdale’s MP since 2010.

Simon started working at the young age of 16 in a factory making gas fires, he then worked for ICI (the chemical company).  While working, he studied as a mature student at night school and gained qualifications he had missed out at secondary school before gaining a place at Lancaster University where he studied economic sociology and politics.

He has written a number of articles and books ranging on such diverse subjects as democracy, homelessness, regeneration, drugs, housing and employment. His business acumen saw him as being voted one of the up-and-coming stars of North West business by Business Insider magazine in 2001.

He campaigned prior for a referendum for an elected Regional Assembly for the North West.

Having been involved with the Labour Party for many years (joining it via the trade union GMB) in the 1980s.  He was elected as a councillor to Blackburn with Darwen Borough Council, and served in this position for 8 years. He also was a campaign manager for Rossendale and Darwen Labour Party

Simon Danczuk was elected as a candidate in 2007 to be Rochdale Labour Party’s Parliamentary Candidate. He has since being voted MP in Rochdale campaigned tirelessly for local investment in business, voting against cuts and the abolition of the EMA, on local jobs and for regeneration of Rochdale Town Centre and it’s shopping areas. He also has opposed cuts to the local Police service and against the closure of the Accident and Emergency unit in Rochdale’s NHS infermary.

Below you can see Simon taking a look around Rochdale town and speaking to leaders of Rochdale’s council about his hopes to see more investment in the town centre. As a no nonsense MP he is against any forms of Council misuse of money or officials impropriety of their positions. He also is one of the only MPs in the country to have a surgery available for local constituents to visit on a 9am-5pm basis  – his surgery is based near St. Mary’s Gate in Rochdale.

He will of course be running as the Labour candidate on May 3rd 2012, and you can find out more information on Simon by visiting his website at his website.