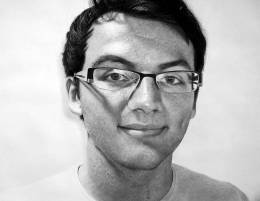 Ever since this was posted :

Hi! My name’s Stephen and I’m pretty much like your average teenager- except for the last three years now I’ve been battling cancer. The current opinion voiced by my doctors is that my disease is incurable, and as a result I want to spend as much time as possible raising funds for a charity very close to my heart.

Last year I posted a bucketlist online and start blogging my journey on www.facebook.com/stephensstory.

“Stephen’s Story” has grew exponentially and I’ve achieved all kinds of fun and wonderful things. Feel free to check out www.stephensstory.co.uk

This was the life and time of Stephen Sutton who died on 14th of May 2014. He made an impression on everyone in the country including the Prime Minister, David Cameron.

However a portrait of teenage cancer fundraiser Stephen Sutton has failed to sell at auction, this is a amazing pencil and charcoal drawing, by artist Kelvin Okafor. It was invited and would have been donated to the Teenage Cancer Trust, to auction itself at a later date.

Mr Pontone (Gallery Owner) invited bids in excess of £7,500 with a view to paying any proceeds to the charity there had been “expressions of interest” but no serious bidders had yet come forward.

Stephen, from Burntwood,  became famous for his “bucket list” of things to do before he died, and raised over £4m for the trust. In total it is said he raised £10 million for charities in the UK.

Jake Bugg – All I Need