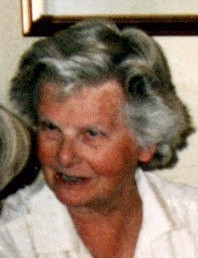 This is Una Cooze, (b. 1929 – d. 2001) a woman I had the pleasure of meeting and working closely with as she briefly worked for Ken Livingstone during 1991-1992 when his own secretary was on maternity leave. Una was the constituency secretary for Michael Foot for many years dealing with the correspondence on behalf of both MPs — writing to local authorities, government departments such as the home office, foreign office, department for work and pensions (the benefits agency as it was then known) and always writing diligently to each and every constituent that met both MPs initially having discussed their individual situations.

I  met her in the offices of Norman Shaw South, which along with the Norman Shaw North Building is part of UK Parliament buildings and were, of course, more famously the seat of the Metropolitan Police as Old Scotland Yard.

She was a long-standing member of the Labour Party and an active T.U.C  member and a lifelong socialist, this is probably why she remained an asset to the late great Michael Foot.

I have fond memories of talking with her and was amazed at her ability to recall each and every constituent in the Willesden (London Borough of Brent) area.