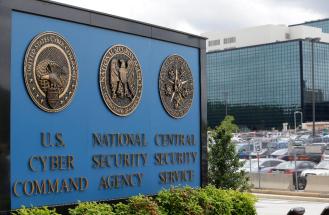 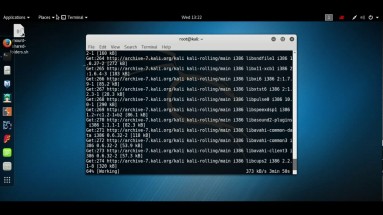 The huge cyber-attack affecting organisations around the world, including some UK hospitals, can be traced back to the US National Security Agency (NSA) – raising questions over the US government’s decision to keep such flaws a secret.

Elements of the malicious software used in Friday’s attacks were part of a treasure trove of cyber-attack tools leaked by hacking group the Shadow Brokers in April.

One of the tools contained in the Shadow Brokers leak, codenamed EternalBlue, proved to be “the most significant factor” in the spread of Friday’s global attack, according to cyber-security firm Kaspersky Lab.

The tool was said to have been created by the NSA – though, as is typical, the agency has neither confirmed nor denied this.

EternalBlue was made public on 14 April, and while Microsoft had fixed the problem a month prior to its leak, it appeared many high-profile targets had not updated their systems to stay secure.

Friday’s attack has reignited the debate over whether or not governments should disclose vulnerabilities they have discovered or bought on the black market.

“It would be deeply troubling if the NSA knew about this vulnerability but failed to disclose it to Microsoft until after it was stolen,” said Patrick Toomey, a lawyer working for the American Civil Liberties Union.

“These attacks underscore the fact that vulnerabilities will be exploited not just by our security agencies, but by hackers and criminals around the world.

Edward Snowden, who famously leaked many internal NSA files in June 2013, criticised the NSA on Friday in a series of tweets.

“In light of today’s attack, Congress needs to be asking [the NSA] if it knows of any other vulnerabilities in software used in our hospitals,” he wrote.

“If [the NSA] had privately disclosed the flaw used to attack hospitals when they found it, not when they lost it, this may not have happened.”

However, others focused the blame at institutions for being too slow in updating their systems, given that this attack happened almost two months after a (free) fix was made available by Microsoft.

“Say what you want to say about the NSA or disclosure process,” said Zeynep Tufeki, a professor at the University of North Carolina.

“But this is one in which what’s broken is the system by which we fix.”

For the UK’s National Health Service, the problem is perhaps more acute.

Security firms have continually raised alarms about the NHS’s reliance on Windows XP, an operating system that is no longer supported by Microsoft.

Blogger tells BBC how he ‘accidentally’ halted the Ransomeware by discovering a “kill switch” inside the Malware.

“A UK security researcher has told the BBC how he “accidentally” halted the spread of the malicious ransomware that has affected hundreds of organisations, including the UK’s NHS.

The 22-year-old man, known by the pseudonym MalwareTech, had taken a week off work, but decided to investigate the ransomware after hearing about the global cyber-attack.

He managed to bring the spread to a halt when he found what appeared to be a “kill switch” in the rogue software’s code.

“It was actually partly accidental,” he told the BBC, after spending the night investigating. “I have not slept a wink.”

Although his discovery did not repair the damage done by the ransomware, it did stop it spreading to new computers, and he has been hailed an “accidental hero”.

“I would say that’s correct,” he told the BBC.

Jake Begg – All I Need