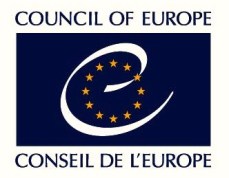 This Commons Library briefing gives a short introduction to the 47-member Council of Europe, which is a human rights and democracy organisation, entirely separate from the EU. Its best-known products are the European Convention on Human Rights and the European Court of Human Rights that oversees how the Convention is implemented.

The Council of Europe (CoE) is a human rights and democracy organisation, entirely separate from the EU. Its best-known products are the European Convention on Human Rights and the European Court of Human Rights that oversees how the Convention is implemented. But the CoE also promotes human rights through many other international conventions, and its independent expert bodies monitor member states’ progress and make recommendations.

The CoE has 47 Member States, which include the 28 members of the European Union as well as Russia and Turkey, for instance. The UK was instrumental in establishing the Council of Europe in 1949 and drafting the European Convention on Human Rights.

The Committee of Ministers (CM) – made up of the foreign ministers of each of the Member States or their deputies – is the CoE’s decision-making body. It also supervises the execution of Court judgments.

The CoE’s parliamentary assembly (PACE) is one of the oldest international parliamentary assemblies in the world. It holds governments to account, provides a forum for debate and has wide powers of election – including the judges of the European Court of Human Rights. It’s 324 members (and 324 alternates) are elected or appointed by each Member State’s parliament from among its members as a ‘fair representation’ of the political parties or groups there. PACE meets four times a year in plenary, but much of its work is done through its nine general committees. It has recently changed its rules to allow for the dismissal of its President, following a recent motion of no confidence in the current President, Pedro Agramunt.

The CoE’s assembly for local politicians, the Congress of Regional and Local Authorities, has 648 members appointed for a two-year term and monitors compliance with its European Charter of Local Self-Government.

Civil society is also represented in the CoE’s Conference of International Non-Governmental Organisations.

The European Court of Human Rights in Strasbourg oversees Member States’ implementation of the CoE’s European Convention on Human Rights. Individuals may bring complaints that a public authority has violated their Convention Rights, and the Member States must abide by a final judgment against them. One judge is elected by PACE from each Member State, and judges sit in panels of up to 17.

The UK’s Human Rights Act 1998 allows anyone in the UK to rely on Convention rights before domestic courts, requires all public bodies to comply with the Convention, and requires UK courts to ‘take account’ of rulings of the European Court of Human Rights (though those rulings cannot directly overrule or change national laws). The UK intends to derogate from the Convention in future armed conflicts.

The Convention rights are reflected in the EU’s Charter of Fundamental Rights, which also includes more progressive social and economic rights and currently binds the UK as a matter EU law. The European Union (Withdrawal) Bill would not bring the Charter or its case law into UK domestic law after Brexit. However, the UK courts will continue to be bound by Convention obligations under the Human Rights Act 1998, and the Government will continue to be bound by the Convention itself, at least for the remainder of this Parliament.

The Council of Europe’s budget for 2017 is €454 million, financed by fixed amounts from the Member States as well as voluntary contributions. Around 15% of the budget funds the Court.

What is the Council of Europe? (

Jake Bugg – Be Someone