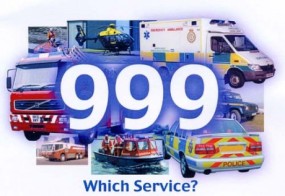 Seventy five years ago this weekend the first ever emergency number system anywhere in the world came into being in London with the introduction of the 999 call – marking a sea-change in the way the public communicated with the Metropolitan Police.

The MPS will be marking the anniversary by launching its first ever live twitter feed from one of its three central communications complexes (CCC) where ‘first contact’ operators answer tens of thousands of emergency calls every week.

For twelve hours on Friday 29 June, the public will be able to get an understanding into the huge variety of calls operators deal with on a daily basis – and gain insight into the pressures faced by staff as they have to make minute by minute decisions in the most difficult of circumstances.

In other events to mark the anniversary, a special commemorative section has been set up on the Met’s Facebook page featuring video interviews with 999 operators, a wide range of photos, illustrations and facts and figures relating to the history of the service.

The site and a special new display of historical artefacts dating back to 1829, documents and photos relating to emergency communication chart the significant developments in the service between 1937, when a handful of officers used counters on large table maps to denote police cars and messages were transmitted by morse code, and the present day’s sophisticated high-tech command centres.

In the early days of the 1930s just 24 staff in the old Victoria Embankment headquarters of Scotland Yard dealt with a couple of hundred calls a day. Contrast this with 2012, when we have three centralised communications complexes (CCC) in Bow, Hendon and Lambeth, employing over 2,000 workers dealing with an average of 14,000 calls a day.

The system has been upgraded and redesigned numerous times over the past seven decades, leading to the sophisticated multi-screen automated service in use today that prioritises 999 and non-emergency 101 calls using interactive satellite mapping as well as access to translators in 170 languages and special text phone numbers for the deaf. 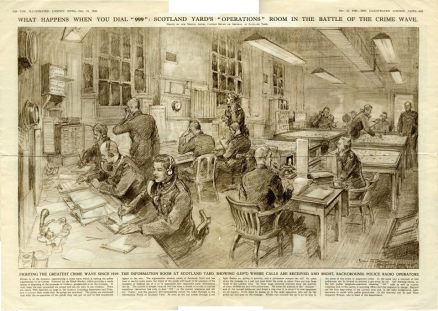 Jake Begg – All I Need