Who is that man who puts down the most money! 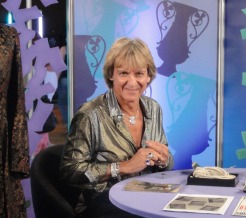 In 1976, Ian Towning opened an antiques unit at the long established Chelsea Antiques Market on King’s Road, Chelsea, where, over a twenty-year period, he established his reputation.1997 saw the close of this famous market, at which point Ian and his partner opened the Bourbon – Hanby Arcade, in Sydney Street, Chelsea, a name derived from Ian’s’royal family background on his mother’s side.  The arcade is now well established and hasbeen quoted as ‘The Jewell in the Crown’, of King’s Road and is now the only remainingAntiques emporium in central Chelsea. During the last two years, Ian has appearedregularly as an Antiques expert on the Dickinson’s Real Deal television program (ITV 1)and has just signed a further year’s contract with RDF television, which produces the show.More recently, Ian is becoming increasingly involved in Art & Antiques Consultancy,where he has successfully concluded several major sales for various high-net worthand high profile clients.

Ian is also currently in cooperation with M.A.D associates and are about to lauch the swanneck pen for left handed writers. For more information please visit there website www.swanneckpen.com