Mark Thomas is an English comedian, presenter, political satirist, journalist and broadcaster from south London. He first became known as a guest comic on the BBC Radio 1 comedy show The Mary Whitehouse Experience in the 80’s and Channel 4 Dispatches .

Probably he is best known for his political stunts on his own show, The Mark Thomas Comedy Product on Channel 4. Thomas describes himself as a “libertarian anarchist”. One of his episodes dealing with a Secret Map of Britain is available below.

Over Lockdown Mark moved back in with his mum for the duration of the pandemic. He’s 57 and she’s 85. He says she’s curmudgeonly; she says he’s the most aggravating person on the planet!

They both have produced a six-part podcast, as they reflects on their lockdown life together while investigating the wider impact of Covid-19 this can be found at markthomasinfo.co.uk 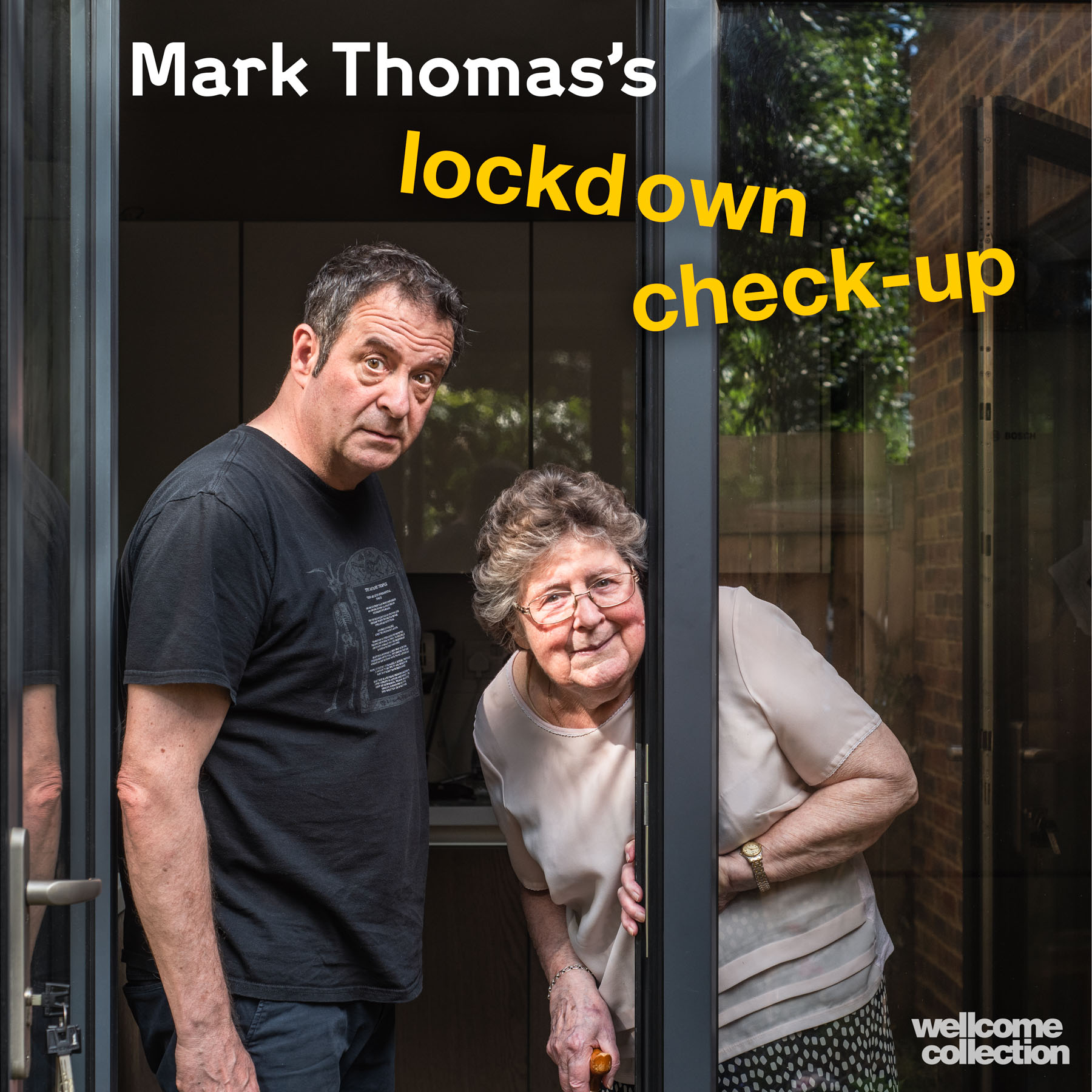 In this six-part podcast Mark Thomas reflects on lockdown life with his elderly mum while investigating the wider impact of COVID-19. Every night Mark calls health and care workers across the country for a chat. Humbling and often heartbreaking, these conversations reveal what life is like on the coronavirus front line.