Conservatives Massage Job Figures in run up to Election 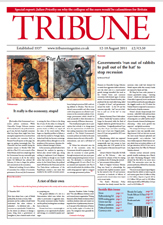 The Conservative Party  has been misusing a House of Commons research document during their election campaign in order to manipulate the actual number of people who have found employment according to a political researcher at Tribute Magazine. The Conservatives have claimed that more than a million more people have stopped claiming unemployment benefit than under the last Government.

Conserrvative Central Office have apparerntly bren urging MPs to highlight the drop in the number of unemployed by selectively quoting the latest monthly figures by the House of Commons unemployment by constituency figures, which only reflect those  claiming Jobseekers Allowance and which does not take into account those unemployed who are not ut claiming benefit. This makes a huge difference to the numbers unemployed in constituencies.

It is also worth noting that these figures of a million less people not claiming ignore those who have moved from  Jobseekers Allowance to the new Universal Credit, which was introduced the Works and Pensions Secretary three years ago.

Conservative Central Office called the accusation n they have inaccurate figures to increase the job count of those in work “nonsense”, claiming these figures are avaialble independently from Commons Library research claiming that the constituency figures are “up to date and most reliable numbers to use. They are used by MPs and candidates across the country, regardless of political party.”

However, the latest figures if you include tatistics those  on Universal Credit to those on JSA who are on the dole would  add a extra 27,900 to those unemployed not taken into account.